Le Grand Veymont is the highest mountain in the Vercors (2.341 meters) and it offers a magical sunrise. I went multiple times at the top and I even went on a camping trip with my 3 year-old-son.

Planning on wild camping in France? Le Grand Veymont is the perfect spot to do so, and it is perfectly legal!

I’m French and I grew up in Valence, 20 kilometers from the Vercors massif, so gathering information on the net is pretty easy for me since most resources are in French. This article is a simple guide to hike and camp at Le Grand Veymont for English-speakers.

Expect to see a breathtaking 360 degrees panorama from the top, where you will have a magnificent view on the Mont Aiguille, the Vercors, the Ecrins, and the Devoluy.

Wild camping in France is not illegal, although you need to get information before to know where and how to wild camp. Some areas are regulated. You will find everything you need to know concerning the regulation at le Grand Veymont in this article.

If you’re looking to do more hiking in the area, you can check the article I wrote on how to hike in the Vercors massif (including another experience wild camping in France!).

Where to start the hike to Le Grand Veymont ?

Multiple options depending on where you currently are.

You need to get towards St-Agnan-en-Vercors. Soon after this town, you’ll find a steep road leading you to a hut, this is where the hike starts. You need to type “Maison Forestière de la Coche” on Google Maps. There’s a massive parking lot there and I’ve seen camper vans’ owners sleeping up there. It sometimes doesn’t come up in the search box, so you might type “Maison Forestière de Pré Gandu” which is less than a kilometer away from the first one but you can’t access by road. From Valence it takes more than an hour and a half.

The hike starts in Gresse-en-Vercors, which is less than an hour away from Grenoble. Type “Ski Mécaniques De Gresse En Vercors” on Google Maps to get the exact departure point. There’s a parking lot where you should be able to find a spot.

Characteristics of the hike to Le Grand Veymont :

Starting from “La Coche”, there’s a loop you can do that totals 20 kilometers and a height difference of 950 meters. It could take about 8 hours and a half for a reasonable hiker taking some breaks. The start is pretty easy and mostly flat for the first 6 kilometers. Soon after it gets steeper as you are walking to the “Le Pas de la Ville”, which can be difficult and is best taken on the way up then down.

Eventually, you get to the top of Le Grand Veymont, where you finally enjoy the well-deserved view. You can continue the path and get down from the other side, “Le Pas des Chattons”, easier than the previous “Pas de la Ville”. It gets down quite steep though but the trail is well-maintained. Once you get down you’ll need to go towards the right and follow the sign indicating “La Coche” to get back to your car.

There’s a good description and a map of the Grand Veymont trail to be downloaded on VisoRando. It’s in French but I recommend it, at least for the map.

It is much steeper than the previous one. The hike is shorter since it is only 12 kilometers round way, but with a height difference of more than 1.100 meters. You’re going up Le Grand Veymont and down on the same trail and get to the summit through the rocky “Le Pas de la Ville” on the Northern side. The starting point is the town of Gresse-en-Vercors.

You can get a free map and more details about this Grand Veymont hike starting from Gresse (again in French) on VisoRando.

Wild camping in France : Where to camp at Le Grand Veymont?

Camping is technically authorized only from 5 pm to 9 am. Making a fire is forbidden. Please take all your garbage back to the plains.

The best spot to camp is just down Le Pas des Chattons. You could witness a great sunrise from this spot, and since you’re down the summit it’d much less windy and cold. It’s also quite comfortable thanks to the massive patch of grass, although you need to be careful since there’s a drop-off at the end of this patch.

You can also camp right at Le Grand Veymont’s summit at more than 2.300 meters. Unfortunately, it will be a rocky floor, but if you have sufficient material it won’t be a problem. To protect you from the wind there are a few walls made of rock that were human-build.

Camping at Le Pas des Chattons is insanely popular, and the night I camped with my son there were about 10 other tents, but only two at or near the summit. Not a problem though, as the patch of grass allows you enough distance and privacy.

You don’t necessarily need a tent to camp at Le Grand Veymont. You could be fine with just a sleeping bag as long as it can stand colder temperatures. Don’t expect the temperature to be above 5 in the night even if you are in the middle of the summer.

What to bring before hiking or wild camping in France?

Finding water is a common problem in the Vercors, be careful!

Water: If you start from Valence you will find a fountain named “La fontaine de Gerland” on the way down from “Le Pas des Chattons”. Impossible to miss at it is right on the path. On the way up there’s another water source at “La Jasse de la Chau”, but you would need to walk about 200 meters out of the way but instead following the GR to find it.

Food: There’s no shop unless you’re in St-Agnan ou Gresse-en-Vercors. You won’t find much on the hike unless you specialized in foraging.

Good hiking boots: The trail is not difficult for the most part, but once you get closer to the summit you’d definitely need a good pair of shoes.

Weather-proof equipment: The weather can change rapidly, so bring sun cream but a light raincoat as well.

My experience at Le Grand Veymont : How did I hike with my kid ?

We set camp here, and the next morning we left all the stuff in the tent to attain the summit. It’s pretty safe up there so I had no problem leaving everything behind, no one was supposed to know we were out anyways. I carried my son on my shoulder for the last very steep part and that was it. We got to Le Grand Veymont’s summit by around 8.30 am.

We came back soon after, took down the tent and hiked back to the starting point.

He had no problem with the altitude since we already hiked the highest mountain in Taiwan or visited the Machu Picchu. We had aleady have a few experiences wild camping in France and elsewhere around the world, so he was pretty happy to come with me.

A few things to be aware of…

And you? Have you been wild camping in France? Did you hike Le Grand Veymont or another similar mountain? Share your experience with us! 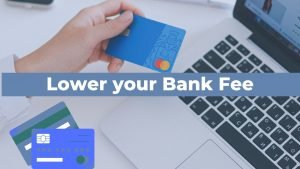 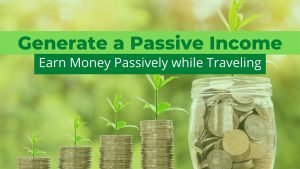