A few weeks ago we finished our trip from Hong Kong to France overland. This trip had a special meaning for us, because Hong Kong is HiuYing’s home country, while France is Maxime’s home country. We had in mind this trip since Darian’s birth, and without much planning we just decided to go ! 3 weeks after taking the decision, we were already on the road. After one year traveling around Asia, we were ready to get back to Europe.

Accompanied by our young toddler Darian, it took 71 days to make this trip, which is way too fast in our opinion, but we had a time constraint due to the duration of the visas. With a Hong Kong passport, my wife and my son don’t need a visa for Russia and Mongolia, but they can stay only for 14 days visa-free. We felt like rushing through Russia, while we would have loved to spend more time there.

This article is a travel report, where we will focus on transportation, where we slept, and our budget.

From Hong Kong to France overland, we used trains, buses, hitchhiking and even a ferry,

We started our journey by taking only trains from Hong Kong to Beijing (well except a quick Shenzhen to Guangzhou bus ride). We took two overnight trains, first from Guangzhou to Zhengzhou, and then from Luoyang to Beijing. Unfortunately, taking a train between Beijing and Mongolia is not convenient, therefore we had to switch for a faster and cheaper option, the bus. In our journey, we spent only one night in a bus, and I still have bad memories about the trip. It was between Beijing and Erlian, the border city with Mongolia.

In Mongolia, we were happy to take a train again, this time from the border with China to Ulan Bator, the capital. It took us 15 hours, to do about 650 kilometers. We carried on our travel towards Russia, but again, taking a train is more expensive and take twice as long, so we took another bus to the border with Russia. After crossing the border, we decided to hitchhike for the first time in this trip. It worked pretty well ! We did around 400 kilometers hitchhiking and also a train ride to arrive to Irkutsk, a city located near the Baikal Lake and our starting point for the longest train journey we’ve ever taken!

From Irkutsk it was time for the Trans-Siberian ! We spent 81 hours almost consecutively in the train in order to get to the capital, Moscow. Nevertheless it was a good experience, so much that we decided to take another night train to St-Petersburg a few days later. It was our last stop before hitchhiking to Finland on the last day of our Russian visa. We stayed a few nights in Helsinki before taking a ferry to Tallinn, an experience Darian really loved!

After Tallinn, we alternated between buses, trains and hitchhiking depending on the mood, price and weather. We followed this blueprint until getting to Dresden in Germany, where we took multiple trains to get to Geneva (for only 30€) and a couple of more buses from there to reach my hometown.

Yes, we love to hitchhike and we wrote an ultimate guide on Hitchhiking in Europe. Check it out!

As always, we tried to stay in people’s home by contacting them on Couchsurfing. We were surprised by how well it worked, especially in Europe where we had doubts beforehand. We were a bit disappointed by Mongolia, where Couchsurfing didn’t work well, and most hosts ask for a payment to their surfers. We had booked a room in a hostel in Ulan Bator for 10$ a night a few months in advance to experience the biggest festival of the year, Naadam, without any accommodation problem. The only place where we couldn’t find a host was Tallinn in Estonia, despite numerous requests. We stayed in a dorm in Russia due to a sudden change of plans.

Couchsurfing worked particularly well in Russia, following a public trip we received 5 invitations in St-Petersburg or 4 in Omsk and a few in Moscow.

Obviously, the best “sleeping” memory of our trip was to camp on the Great Wall of China.

Nights in the train were mostly comfortable, especially in Russia, and a little less in China, partly due to the omnipresent smoke smell.

We usually travel with a budget of 30€ a day and 10€ per person. We thought it wouldn’t possible to respect that budget during the trip but we were pleasantly surprised to notice that we did. Mostly due to Couchsurfing working much better than expected, and also because we decided to hitchhike more than we originally planned.

Our last hitchhiking experiences in Japan and Korea weren’t so great, but our son has been behaving incredibly well on the side of the road and inside cars during this trip. This prompted us to use our thumb more often. As always it was much more fun than the bus.

We mostly spent money on transportation though, due to the Trans-Siberian tickets and also sleeper train tickets in China. And of course food, needless to say with this budget, we didn’t eat out very often especially in Europe. We could frequently eat outside in China though. Most of the time in Europe, we ate lunch in a park, preparing some boiled eggs before and buying bread, ham or cheese to complete. We always had a more solid dinner, where we tried to cook for our hosts as often as possible.

Money earned : around 600€ (I teach French online through Skype)

I mostly worked between Hong Kong and Mongolia. I had most of my lessons between 8 and 10am, and sometimes during the late afternoon between 6 and 7pm. That’s a schedule I chose in order to be able to enjoy the day. We had stayed in Asia for a little over a year, so my students were used to a time that was disrupted after we took the Trans-Siberian and crossed 5 different time zones. Since we were mostly Couchsurfing, I forbid myself to work too much, because I believe it’s highly disrespectful to my host to do so.

In our overland journey, we passed by Hong Kong, China, Russia, Finland, Estonia, Latvia, Lithuania, Poland, Germany, Switzerland and France, a total of 12 countries. We did not stay overnight in Switzerland this time though.

Some of the highlights of our trip included the Lake Baikal in Russia, the Great Wall of China, the Longmen Grottoes in China, taking the Trans-Siberian during 4 days, the Baltic capitals and Warsaw’s museums.

I had my share of doubts before the start, but it ended being more amazing than expected ! Darian was really cooperative, and we both noticed how good his behavior has become. He was often praised by people hosting us because of his sociability and adaptability.

What we will remember the most is staying with so many families around our trip through Couchsurfing. It was never as easy as this trip to find amazing hosts along our journey.

On the other hand, like expected, we felt like it was a bit too fast, but we’re young and we know we’ll have the opportunity to do something similar in the future if we ever want to.
It was also difficult at times for HiuYing to focus on the journey with the revolution happening in Hong Kong. I could feel how concerned she was by the situation.

An unforgettable experience for all of us, and we’ll be glad to share travel stories to our son when he will ask us about it later in his life !

We’re now glad to be able to rest for a while, and of course new adventures await us soon !

Wow wow wow!!! You are very courageous to have made that trip without big preparation! Less than 30 Euros per day for the whole family is incredible! How long do you have to wait when you’re hitchhiking? You’re not afraid of bad people or if a car never stops? Did you put your adventure on Youtube?

The waiting time really depends on the day and the country, it can range from a few minutes to an hour or two. I’m surely not afraid of “bad people” because through traveling I discover that the utmost majority of people have good intentions. In my life I hitchhiked around 60 to 70.000 kilometers and I believe this experience can help me to notice doubtful signs before jumping in a car with my whole family. Although it is not the trend, we chose not to put our adventures on Youtube! 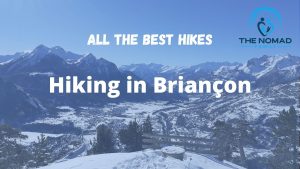 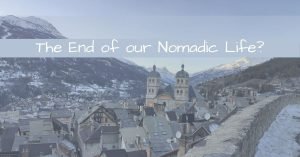