Iran is definitely not your average traveling destination. Most people might be even scared just after hearing the name, and so I was, growing up thinking Iran was just another dangerous Islamist country. One day, I decided to visit and make my own opinion. I hitchhiked from France to Iran, where I thought hitchhiking would be impossible. Hitchhiking in Iran? No way, I thought! It turns out Iran is one of the easiest countries I’ve ever hitchhiked in, and this is a guide to share some tips and my experience on how to hitchhike in this wonderful country.

Hitchhiking in Iran : The situation

Hitchhiking doesn’t exist in Iran, there’s no word in Farsi, Iran’s national language, for this concept. Only young people and people living in Tehran might know about it, due to the influence of Western culture, for instance through movies (I watched Into the Wild for the first time in Tehran at someone’s home). Nevertheless, it’s common for locals to wait on the side of the road for a ride. People driving to another city will stop and pick up complete strangers in exchange for a fee. Inside cities, taxis are plentiful and easily recognizable.

There’s no word for hitchhiking in Iran and the concept doesn’t exist there.

As a man, don’t expect women to stop by and give you a ride, not so many of them drive, and much less if any will stop for a foreign male. I can almost guarantee that 99.9% of your rides will be with at least a man inside the car.

As a woman, you might have the chance to get picked up by women.

I was pleasantly surprised by the roads’ quality. I’d say it was comparable to Central Europe, with several highways mostly starting near Tehran.

Which sign to use when you are hitchhiking in Iran ?

There’s a debate between hitchhikers on which sign to use while hitchhiking in Iran. Some prefer the traditional thumb-up sign commonly understood in most parts of the world. However, the thumb up in Iran is used as a sign of disrespect. Therefore I decided to use a different sign, arm straight, with the palm of my hand moving downwards. That’s the sign locals use to flag down a taxi.

That being said, the thumb up sign is becoming increasingly popular, especially among Iranian hitchhikers. I believe that’s probably because local hitchhikers need to differentiate themselves with locals flagging down taxis.

The best spot to hitchhike

I wrote an article on how to find a great spot to hitchhike, but when it comes to Iran I found that the best spots are police checkpoints. It might be surprising to some, but the police is quite cooperative with foreigners. Before and after every decent-sized city, you will find a police checkpoint (called “police ra” in Farsi), where every car needs to lower speed. It is a perfect place to hitchhike: it’s safe due to the police being around, cars all have to go through while driving at 10 km/hour. A perfect cocktail! This is where I would usually ask drivers to be dropped.

Police checkpoints and tolls are the best places to be while hitchhiking in Iran.

However, you won’t need to do that on highways, the best spot is to wait right after a toll. Don’t be too quick in accepting a ride, many people are driving long-distances, and as a foreigner, you will definitely stand out and won’t have to wait very long.

Hitchhiking or a taxi ?

Whenever you are hitchhiking in Iran you need to make sure that the driver understands you will not pay for the ride. “Pool nadoram” means I don’t have money in Farsi. If I had any doubt before entering the car, I would always precise to ensure that the driver is on the same page. I’d advise you to do the same since misunderstanding can happen. You don’t really need to do so with trucks as they won’t expect you to pay.

Make sure the driver understands you will not pay for the ride.

Some won’t be interested to pick you up if you don’t pay them. After telling them I had no money, some drivers would make me understand that I’m not welcome to get in the car. People are making a living by being an informal taxi and I can totally understand that they’re not keen on “wasting” a seat. Don’t worry, many other drivers will be quite happy to stop and help you with your journey.

I had concerns before entering Iran about the safety there. It turned out that I felt safer in Iran than in my home country, France. However, driving is quite different than in Western Europe, and accidents are a common sight. It’s highly unlikely that your driver will be drunk though, but watch out for truck drivers smoking opium. It helps them to stay awake and to drive longer distances. One night, I had to get down of a truck after the driver started to take opium while driving (!!!) and becoming weirder than I like drivers to be. Yes, it was definitely not as safe as hitchhiking in Japan, but I got almost exclusively good experiences.

I was a man hitchhiking in Iran alone, and the situation will be totally different for a woman. Obviously, I am not in the best position to talk about this, but it’s not impossible. I know of Iris, a Dutch girl, who hitchhiked alone in Iran.

My experience hitchhiking in Iran

I spent almost 3 months in Iran, renewing my visa twice, and hitchhiked more than 5.000 kilometers thanks to 127 cars, 16 trucks, 2 motorbikes, and 1 mini-bus. I entered the country from Armenia and exited on the other side of the country, to Afghanistan, where I wasn’t allowed to hitchhike anymore. My experience has been pretty positive, and it’s definitely in my top hitchhiking countries in the whole world. I can’t count how many times I got invited for lunch or to sleepover at their home. I have never spent a night in a hotel.

8 Things to know before hitchhiking in Iran

Religion is an important pillar of the country. As such, one of the first questions I would always get while entering the car is “what is your religion?”. My policy was always to answer that I was Christian if the driver couldn’t speak English to avoid any problem, otherwise, I’d just say that I’m an atheist and explain my reasoning to English-speakers.

You would also need to dress appropriately, meaning wearing long sleeves and cover your shoulders for men, and all of the above + wearing a scarf for women, but I bet you already know that if you are reading this page.

Did it inspire you to do the same? Or do you already have some experience hitchhiking in Iran? Feel free to share with us or ask any question!

The cheapest way to get from Ulaanbaatar to Russia, Ulan-Ude

How to find the perfect hitchhiking spot ? 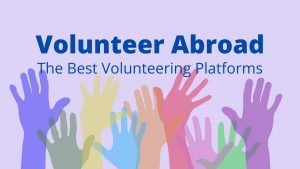 We Have Launched a Travel Course!